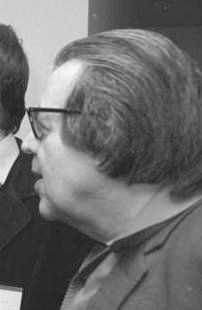 Erich Fried (6 May 1921 – 22 November 1988) was an Austrian-born poet, writer and translator. He initially became known to a broader public in both Germany and Austria for his political poetry, and later for his love poems. As a writer he mostly wrote plays and short novels. He also translated works by different English writers from English into German, most notably works by William Shakespeare.

He was born in Vienna, Austria, but fled to England after the annexation of Austria by Nazi Germany in 1938. He settled in London and adopted British Nationality in 1949. His first official visit back to Vienna was in 1962. Provided by Wikipedia
1