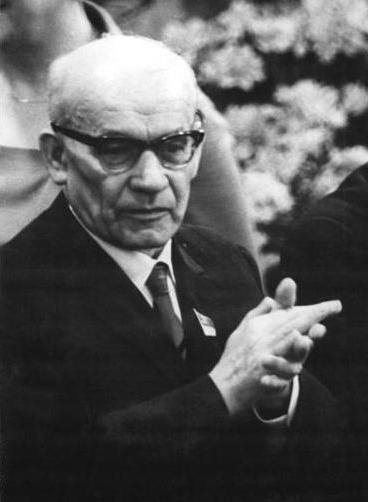 Władysław Gomułka (; 6 February 1905 – 1 September 1982) was a Polish communist politician. He was the ''de facto'' leader of post-war Poland until 1948. Following the Polish October he became leader again from 1956 to 1970. Gomułka was initially very popular for his reforms; his seeking a "Polish way to socialism"; and giving rise to the period known as "Gomułka's thaw". During the 1960s, however, he became more rigid and authoritarian—afraid of destabilizing the system, he was not inclined to introduce or permit changes. In the 1960s he supported the persecution of the Catholic Church, intellectuals and the anti-communist opposition.

In 1967–68 Gomułka allowed outbursts of "anti-Zionist" political propaganda, which turned into an anti-Semitic campaign, pursued primarily by others in the Party, but utilized by Gomułka to retain power by shifting the attention from the stagnating economy. Many of the remaining Polish Jews left the country. At that time he was also responsible for persecuting protesting students and toughening censorship of the media. Gomułka supported Poland's participation in the Warsaw Pact invasion of Czechoslovakia in August 1968.

In the treaty with West Germany, signed in December 1970 at the end of Gomułka's period in office, Germany recognized the post-World War II borders, which established a foundation for future peace, stability and cooperation in Central Europe. In the same month, economic difficulties led to price rises and subsequent bloody clashes with shipyard workers on the Baltic coast, in which several dozen workers were fatally shot. The tragic events forced Gomułka's resignation and retirement. In a generational replacement of the ruling elite, Edward Gierek took over the Party leadership and tensions eased. Provided by Wikipedia
1