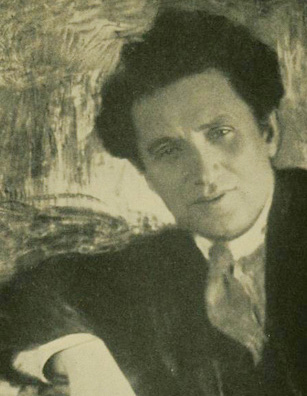 Grigory Yevseyevich Zinoviev. Transliterated ''Grigorii Evseevich Zinov'ev'' according to the Library of Congress system.}} (born Hirsch Apfelbaum, – 25 August 1936), known also under the name Ovsei-Gershon Aronovich Radomyslsky, was a Russian revolutionary and Soviet politician. He was an Old Bolshevik and a close associate of Vladimir Lenin. During the 1920s, Zinoviev was one of the most influential figures in the Soviet leadership and the chairman of the Communist International.

Born in Ukraine to a Jewish family, Zinoviev began revolutionary activities by joining the underground Russian Social Democratic Labour Party (RSDLP) in 1901. In 1903 the RSDLP split between the Menshevik faction led by Julius Martov and the Bolsheviks led by Vladimir Lenin. Zinoviev joined Lenin's faction and in doing so he became one of the original Bolsheviks. As a Bolshevik, Zinoviev engaged in revolutionary activities both in Russia and abroad. He was known for his devout loyalty to Lenin. In 1917 Lenin and Zinoviev's relationship began a period of turmoil as Zinoviev did not back the Bolshevik's plan to seize power through armed insurrection. Despite his objections the Bolsheviks carried out the planned coup against the Provisional Government in the October Revolution.

Following the October Revolution, the Bolsheviks controlled enough territory and power to establish their own government, the RSFSR. For his longstanding involvement with the Bolsheviks, Lenin appointed Zinoviev as the chairman of the Petrograd Soviet in 1917. Bolshevik seizure of power ultimately led to a civil war within Russia. Even though Lenin's government was engaged in a civil war, the RSFSR did allocate a significant amount of resources to the fledgling communist movements abroad. World War One galvanized the European population and directly contributed to the rise and radicalization of communist parties. Lenin created the Communist International, an organization that oversaw Soviet aid to these parties and their militias. In 1919 he assigned Zinoviev to be its director and spread the revolution across Europe.

In this position, Zinoviev sought to convert the republics and monarchies of Europe into communist states. His efforts to mobilize communist revolution abroad ended in failure. The Bolsheviks heavily invested in the German communists attempting to overthrow the newly established Weimar Republic. Zinoviev's leading role in these efforts vilified him in the international eye. His reputation as a subversive led to a political scandal in the United Kingdom. Just before the 1924 Parliamentary election, Zinoviev allegedly authored a letter that claimed the Soviet Union was using the Labour Party to erode British democracy and initiate a communist revolution in the UK. This letter is widely condemned as a fabrication. Despite this, it did have a dramatic impact on the election which saw the Conservative Party secure one of the largest electoral successes in the twentieth century.

During Lenin's final illness in 1923–24, Zinoviev allied with fellow Old Bolsheviks; Lev Kamenev and Joseph Stalin against Leon Trotsky. The men created a successful triumvirate which began Trotsky's downfall. In 1925 Trotsky would be removed as war minister, four years later he would be removed from the Politburo and sent into exile under Stalin's orders in 1929. Trotsky's defeat marked the end of the coalition between Stalin and Zinoviev. When Stalin assumed leadership of the party in 1928, he then turned on his former allies. His feud with Zinoviev lasted throughout the 1920s and Zinoviev was expelled from the party in 1925. The two men then reconciled and Zinoviev was reinstated in the party. The relationship between Stalin and Zinoviev would further sour and Zinoviev would be expelled from the party three times (in 1927, 1932 and 1934).

Zinoviev's rift with Stalin allegedly led him into collaboration with Leon Trotsky which would seal his fate. Following the assassination of Sergei Kirov in 1934, a Soviet investigation concluded that Zinoviev was involved in the assassination and plotted to overthrow Stalin. Zinoviev was arrested and put on trial in 1936 as a chief defendant in the trial of the Trotskyite-Zinovievite Terrorist Center, more commonly called the Trial of the Sixteen. Zinoviev was tried alongside Lev Kamenev who were found guilty and sentenced to death. On August 25, 1936 Grigory Zinoviev was executed by the NKVD. The Trial of the Sixteen was an important turning point in Soviet history as it signaled the beginning of the Great Purge. Provided by Wikipedia
1

History of the bolshevik party from the beginnings to february 1917 : a popular outline
by Zinovjev, Grigori
Published 1983
TEXT
6